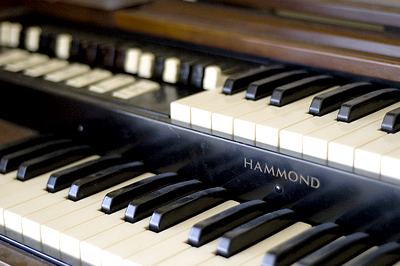 The term â€˜modâ€™ derives from modernist, which was a term used in the 1950s to describe modern jazz musicians and fans. This usage contrasted with the term â€˜tradâ€™, which described traditional jazz players and fans. The 1959 novel Absolute Beginners by Colin MacInnes describes as a â€˜modernistâ€™ a young modern jazz fan who dresses in sharp modern Italian clothes. Absolute Beginners may be one of the earliest written examples of the term modernist being used to describe young British style-conscious modern jazz fans The word modernist in this sense should not be confused with the widerÂ  use of the term modernism in the context of literature, art, design, and architecture.

Mod (originally modernist, sometimes capitalised) is a subculture that originated in London in the late 1950s and peaked in the early to mid 1960s. Significant elements of the mod lifestyle included music, such as African American soul, Jamaican ska, and British beat music and R&B;Â  fashion (often tailor-made suits); and Italian motor scooters. The mod scene was also associated with amphetamine-fuelled all-night dancing atÂ  clubs. From the mid to late 1960s onwards, the mass media often used theÂ  term mod in a wider sense to describe anything that was believed to be popular, fashionable or modern. There was a mod revival in the United Kingdom in the late 1970s, which was followed by a mod revival in North America in the early 1980s. Today there is still a mod inspired undergroundÂ  scene and global community that maintains high passion and dedicationÂ  to detail. The modernists and mod style still sends echoes through modern day mainstream culture and is a firm continual pool of inspiration for designers, musicians, and artists of all kinds.